George A. Bond, 90, of Quincy, Kentucky passed away Feb. 6, 2022 at his residence. He was born in St. Paul, Kentucky, June 6, 1931, a son of the late Erle Bond and Margaret Osborne Bond. George was retired from the U.S. Air Force and a veteran of the Korean War and the Vietnam War.

Preceded in death besides his parents are one son, Anthony Bond.

Funeral services will be held at 1 p.m. Tuesday, Feb. 15, 2022 at the Roberson Funeral Home in South Shore, Kentucky with Blake Litteral, officiating. Burial will follow in Collier Memorial Gardens, South Portsmouth, Kentucky. Friends may call at the funeral home from 11 a.m. till the service hour at 1 p.m. on Tuesday. 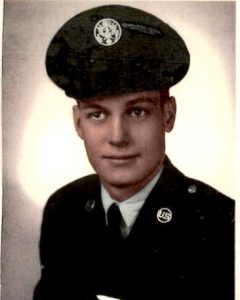