Gary Dean Blackburn, 81 years old, of New Boston, went to be with his Lord and Savior on Thursday, January 13, 2022. He was born to the late Frinnie and Cynthia Blackburn on July 9, 1940, in Portsmouth, Ohio. Gary began working at a young age for his father at Blackburn’s Market on Gallia Street in New Boston. Gary purchased the business from his father in 1962. Gary, and his wife Heidi, operated that location and in 1978 purchased the Emmitt’s IGA in New Boston. In 1984, they moved to the Rhodes Avenue location. Gary, Heidi and Nathan continued operating that location until Heidi’s passing in 2005. After that, Gary and Nathan continued operating the grocery, fuel station and pharmacy up until the sale of the grocery business in 2021. Most recently Gary operated Blackburn’s Fuel Station where he spent most of his mornings. Gary was proud that he and his family were always a “Locally Owned True Independent Grocer.” Gary was a 45-year member of the Aurora Lodge #48 where he had served as Master of the Lodge in 1995. He was also a member of the Scottish Rite, Shriners and Knight of the York Cross Honor.

Along with his parents, Gary was preceded in death by his wife Heidi Hagen Blackburn, son Barry Blackburn, and his best friend, his yellow lab, Pretty Boy Floyd Blackburn.

In lieu of flowers, the family requests donations be made to SOMC Hospice.

Masks are strongly recommended during visitation and service.

The family would like to thank all the Healthcare workers at Portsmouth Health and Rehab for their care the last couple of months.

Please visit www.fcdaehlermortuary.com to leave special memories of Gary or condolences for his family. 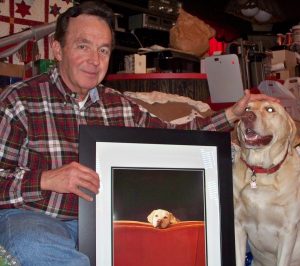