Judith Loretta Prose, 77 of West Portsmouth, died Thursday January 13, 2022 at Edgewood manor in Lucasville. She was born June 8, 1944 in Portsmouth to the late James Monroe and Pearlie Shepherd Howard.

Judy was a member of the Stoney Run Freewill Baptist Church.

Funeral services will be 1:00PM Thursday January 20, 2022 at the Roger W. Davis Funeral Home in West Portsmouth with Craddock Frye and Roger Clark officiating and interment in Scioto Burial Park. Friends may call at the funeral home on Wednesday from 5 to 8PM. The family would like to thank all of the healthcare workers from over the years for all of their special care they gave Judy. Condolences may be sent to www.rogerwdavisfuneralhome.com. 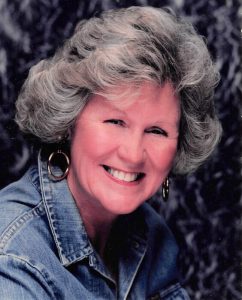