Along with her parents she was preceded in death by a daughter Terri Lynn Ketter, 7 brothers and 1 sister.

Funeral services will be 1:00 PM Thursday January 26, 2023 at the Roger W. Davis Funeral Home in West Portsmouth. Interment will be in Scioto Burial Park. Friends may call at the funeral home on Thursday starting at 11:00 AM. Condolences may be sent to www.rogerwdavisfuneralhome.com. 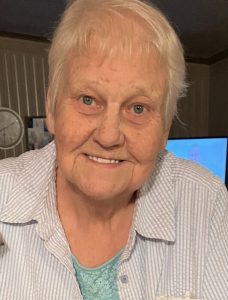