Elza Wayne Lykins, 86, formally of New Boston, passed away on January 13, 2023, at Portsmouth Health and Rehab Facility. He was born on August 16, 1936 to the late Rev. Charles and Nellie Maloney Lykins.

Elza was a United States Army Veteran of the Korean War. He retired after 25 years as maintenance supervisor at Greenbrier Convalescent Center.

The family would like to thank the employees of Portsmouth Health and Rehab along with SOMC Hospice for the care and compassion given to Elza.

Arrangements are being handled by the Roger W. Davis Funeral Home in West Portsmouth. A memorial service will be held at the convenience of the family. The family requests donations in Wayne’s memory be made to SOMC Hospice or a charity of your choice. Condolences may be sent to www.rogerwdavisfuneralhome.com. 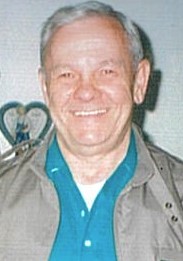