Along with his parents he was preceded in death by his wife Rosie Spencer Colley Whom he married on April9, 1976, 2 brothers: Preston Colley and William Colley and 2 sisters: Faye Colley, Emma Vicars.

Donald was a United States Army veteran and a retired carpenter, He was also a life long member of McDermott Freewill Baptist Church.

Funeral services will be 2:00 PM Wednesday January 11, 2023 at the Roger W. Davis Funeral Home in West Portsmouth with Chaz Horsley officiating. Interment will be in Scioto Burial Park with military rites by the James Dickey Post 23 American Legion. Friends may call at the funeral home on Wednesday starting at 12:00 PM. Condolences may be sent to www.rogerwdavisfuneralhome.com. 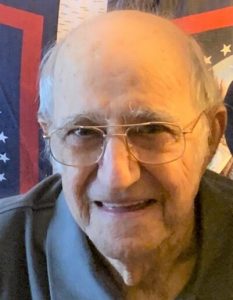