Darrin M. “Bubber” Johnson, 36, of Portsmouth, Ohio, passed away, Tuesday, July 16, 2019 in Portsmouth, Ohio. Darrin was born April 28, 1983 in Portsmouth, a son of Karen Davis and the late Stuart Marshall Johnson.
Along with his father he is preceded in death by his step father, John Davis.
He is survived by one son, Conner Goldman, two daughters, Abby and Taylor Johnson, two brothers, John and Brandon Hall, his twin sister, Erin Martin and several nieces and nephews.
A memorial service will be held 12 PM, Saturday, July 27, 2019 at Riverview Wesleyan Church in Portsmouth, Ohio. Crockett L. Reed Funeral Home in South Shore, Kentucky is in charge of the arrangements. 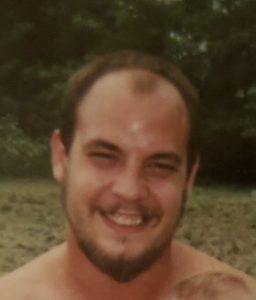