Rhonda  Kay Louanglath, 57, of Lucasville, went home to be with her Lord and Savior Jesus Christ on  Wednesday January 18, 2023 at SOMC Emergency Room.  She was born January 30, 1965 to the late Truman Collier and Helen (Stone) Collier in Columbus.  She worked many years as a pharmacy tech and caregiver.   Rhonda, or Mammy as her family called her, loved and enjoyed  spending time with her grandchildren. She also loved her pets, Chuckie, Lars, and Kitty.  She loved listening to music and had a charismatic personality, everyone that knew her loved her.  She was a former member of Columbus  First Christian Baptist  but since moving to southern Ohio attended Grace Community Church at Bigelow. 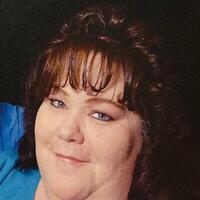