Bonnie L. Furtaw, 67 of West Portsmouth, Ohio went to be with the Lord on Saturday January 21, 2023. She was born on December 7, 1955 in Bay City, Michigan to the late Virgil Henry Furtaw Jr. and Laura Marie Priest Furtaw who survives.

Along with her father Bonnie was preceded in death by a brother Michael Wayne Furtaw and a brother-in-law Kelly Shy.

Bonnie worked as a nurse and worked for Nationwide Children’s Home Care for over 25 years. Bonnie was always willing to help others. Her relationship with God was evident in the way she walked through life. Her favorite verse was Philippians 4:13, “I can do all things through Christ which strengthens me”

Along with her mother Laura, Bonnie is survived by a brother, Kenneth Furtaw and a sister, Carol Shy. She was a loving mother to Amy Van Hoose, Ann (Ryan) Meadows and Kaytlin Furtaw; she is also survived by 5 grandsons (Colin Cassidy, Levi Meadows, Brandon Meadows, Tanner Bower and Chase Meadows, along with 2 great-grandsons Adden and Britton.

A Celebration of Bonnie’s life will be held at later date. Arrangements are under the direction of the Roger W. Davis Funeral Home in West Portsmouth. Condolences may be sent to www.rogerwdavisfuneralhome.com. 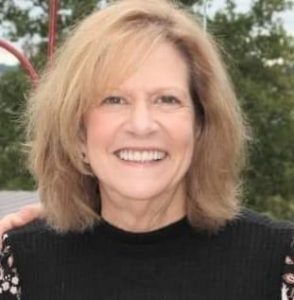