Daniel Ray Robinson, 71, of Waverly, Ohio went home to be with the Lord on Sunday, January 8, 2023. He was born May 7, 1951 in Ashland, Kentucky to the late John William and Pauline Cox Robinson.  On April 6, 1971 he was united in marriage to Jeanie Henderson Robinson who survives.  Also surviving are his children D.R. Robinson, Angie Robinson and Becky Robinson all of Waverly; grandchildren, Gunnar and Ella Robinson and Taye and Drey Lockery; sisters, Connie (John) Holmes of Ironton, Regina Pennington of South Point and Sharon (David) Refitt of South Point; brothers-in-law, Ralph Letsche, Dick (Linda) Henderson, Mike (Barb) Kelly and Charlie (Sheri) Henderson and many nieces and nephews. In addition to his parents, Danny was preceded in death by brother, Johnny (Darlene) Robinson, brother-in-law, Roy Pennington, sister-in-law, Pat Letsche, sister-in-law, Sherry Kelly and brother-in-law, Bill Henderson.

Danny retired from Kenworth after 42 years.  He then went to work for Pike County DD driving a bus which he thoroughly enjoyed.  Danny was a member of Calvary Baptist Church serving as a deacon, the adult Sunday school teacher and working with the fifth and sixth grade students in AWANA.  He was a great husband and father and his greatest joy was being Pappy to his grandchildren.  He loved watching them play ball and attended everything they were involved in. 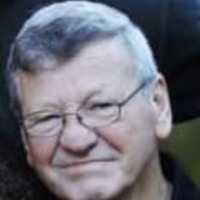