She was born April 8, 1943 in Portsmouth, a daughter of the late Ross and Florence McCain Phillips.

Shirley was a retired Matron/Cook for the Scioto County Sheriffs Office and a 1961 Clay High School graduate.

She was also preceded in death by her husband, Lewis Vaughn McDaniel, April 25, 1986; a stepdaughter, Susie; three brothers, Gene Phillips Sr., Jerry Phillips, and an infant Larry Phillips; and one sister, Jackie Knauff. 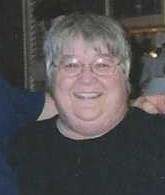