George Bee Jewell Sr., 67, of Chillicothe, passed away Tuesday, December 27, 2022, at the SOMC Hospice Center. He was born May 8, 1955, in North Fairfield, a son of the late James Orville & Opal Violet Imogene Castle Jewell.

While living in the Portsmouth area, George was a self-employed auto mechanic and he then worked as a security guard at Red Barn in Chillicothe. He was a huge movie buff, owning well over one thousand titles, and he enjoyed spending his free time fishing and being in the company of his grandchildren.

Funeral services will be held Friday at noon at the Ralph F. Scott Funeral Home in Portsmouth with Pastor Brian Holbrook officiating and interment in Caroline Cemetery in Flatwoods, KY. 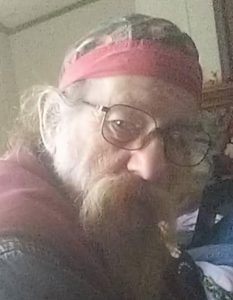