Pete was retired from Southern Ohio Medical Center where he worked as a groundskeeper and was named Mercy Hospital Employee of the Year in 1987. Highly regarded for the impeccable job he did maintaining the hospital grounds, he was affectionately called Flower Man, Snow Man and Groundhog by the other hospital employees. Pete had been very involved in his former church and served with the Food Pantry and Bereavement Committee, among other positions. When his boys were young, he worked as a Cub Scout Den Leader.

In addition to his parents, Pete was also preceded in death by a sister, May Louise Gustafson.

Funeral services will be held Thursday at 1 PM at the Ralph F. Scott Funeral Home in Portsmouth with Rev. Sam Bradley officiating and interment in Scioto Burial Park.

The family will receive friends at the funeral home Thursday from noon until the service hour.

Memorial contributions may be made to the United Way of Scioto County, 1671 Grant St., Portsmouth, OH 45662. 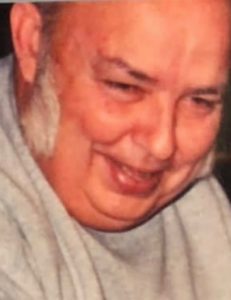