Robert Kent Webb was born in Langley, Kentucky, on June 19, 1942, to Claude and Helen Webb. He went to his heavenly home on Sunday, December 18th at the Hillview Nursing Center. Kent was married to Peggy Jean Kohler on August 12, 1962, to this blessed union four children were born: Christa (Kenny) Dyer, Roscoe Webb, Robert (Carla) Webb and Brian Webb.

Kent lived in Stockdale on Posey Ridge for many years until he moved to Montana, he loved it there. He was a welder/pipefitter with Local 189. Kent was a 4-H advisor for many years in Pike County and several of the folks in this congregation were in his and Peggy’s club.

When Roscoe was in Boy Scouts, his dad enjoyed camping and taking them on trips. He was a member of The Son’s of Liberty muzzleloader club, he was known as Stovepipe.
In lieu of flowers donations can be made to SOMC Hospice, Alpha1.org or Canter’s Cave 4-H Shooting Sports program.
The family would like to thank SOMC Hospice and the staff of Wesley Village at Hillview Retirement Center

Romans 13:8
Let now debt remain outstanding, except the continuing debt to love one another, for whoever loves others has fulfilled the law. 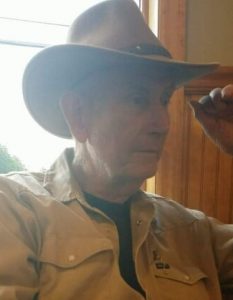