Ralph was a member of Beech Fork Community Church where he was a deacon.

Funeral services will be 11:00 a.m. on Wednesday, December 21, 2022 at Beech Fork Community Church with Pastor Tom Brown and Doug Brown officiating.  Burial will follow in Beech Fork Cemetery, Otway.  Family will receive friends at the church on Tuesday from 5-8 p.m. and one hour prior to the service on Wednesday.

Arrangements are in care of Botkin Hornback Funeral Home in Otway. 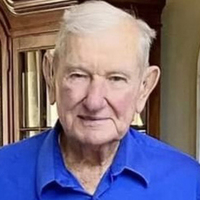