Pastor Mann was a member and former pastor of Berean Baptist Church.

A Celebration of Fred’s Life will be held at 11:00 a.m. on Friday, December 23rd, at Berean Baptist Church with Pastor Jeff Davenport officiating.

Memorial contributions may be made to A.B.W.E. or SOMC Hospice.

Fred donated his body to the University of Cincinnati Hospital. 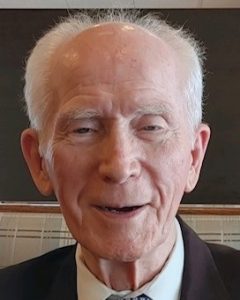