Eustace P. “Matt” Matthews, III was born on December 7, 1965 in Colorado Springs, Colorado and lovingly adopted by the late Eustace P. Matthews, Jr. and his first wife Virginia Haste.  Following Virginia’s passing when Matt was 4, his dad later married the Mrs. June Scott Matthews of Portsmouth, Ohio. June was the daughter of the late Dr. and Mrs. James F. Scott and she and her family loved and embraced Matt always.

Following his dad’s Air Force Retirement, the family resided in Portsmouth and Matt attended Lincoln Elementary School, McKinley Middle School and was a 1984 graduate of Portsmouth High School. He attended Howard University in Washington, D.C., Kent State University and received an Associate of Arts Degree in Social Science and a Bachelor of Science Degree in Business Administration from Shawnee State University.

Matt held a number of occupations over the years including positions with the Florida Department of Children and Families in Palm Beach County, Florida, Bank of the West in Walnut Creek, California  and the Ohio Civil Rights Commission in Columbus, Ohio. Most recently, he was a Project Manager for a construction materials company in Jessup, Maryland.

A memorial service will be held in Maryland in the spring. Memorial contributions may be made to the American Cancer Society, the Fourteenth Street Community Center or to the Wings of Hope Community Organization. 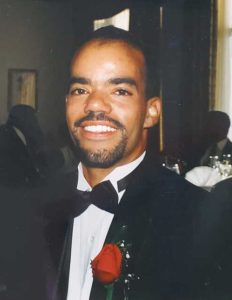