Scioto County Sheriff David Thoroughman states that his office was contacted on Friday, December 2, 2022, at approximately 10:33 a.m., by hunter who thought he might have discovered human remains.

Sheriff Thoroughman stated that deputies and detectives responded to the location, as well as Scioto County Coroner Doctor Adams. The remains were confirmed to be that of a human. Dr. Adams, in discussions with the Montgomery County Coroner’s Office, requested the assistance of an anthropology team to assist in the investigation.
Sheriff Thoroughman stated that Mercyhurst Department of Applied Forensic Sciences out of Erie, PA. was contacted for assistance. They sent two teams, including an anthropologist and a crime scene reconstructionist from Precision Laser & Instrument Inc., to assist in the search and recovery of the remains.
The remains have been transported to Erie, PA, for further investigation, to include dental and DNA testing to help identify the body. At this time, we have been able to confirm that the body is that of a female. Three rings and a watch were recovered from the scene. Further details will be released after identity has been confirmed.   Sheriff Thoroughman stated that this is still an ongoing investigation that will involve several departments working jointly to identify the remains.

Anyone with information should contact Detective Sergeant Jodi Conkel @ 740-351-1091. 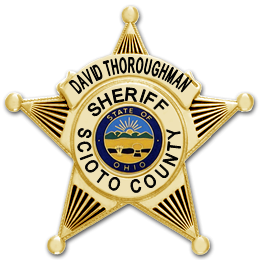