Ronald G. Holley, 81 of West Portsmouth died Thursday December 1, 2022, at SOMC Hospice. He was born May 30, 1941, in Portsmouth, Ohio as Ronald G. Moore. As a newborn, he was rescued and then adopted by the late Robert “Frank” and Emma Carter Holley of Portsmouth.

Ronald attended Portsmouth High School until he snuck his way early into the United States Navy. Returning home after duty, he worked for many years as a mechanic and security guard before retiring as a tractor-trailer driver for Pepsi Cola. Ron enjoyed spending his time first with his family, and then with his cars. He was a pit crew member for several race teams, worked at the local tracks, and a regular at antique car shows. Ron was an avid sports fan and loved the Cincinnati Reds and Bengals, the Buckeyes, racing, and professional wrestling. He volunteered with the Jaycees and with Portsmouth Band Boosters. Ron was a devoted husband, a doting father and grandfather, everyone’s favorite uncle, the friend with the best dirty jokes, and a father figure to many.

The family would like to give a heartfelt “thank you” to his special friends Joe Foster and the Foster family, Pauline Price, and all those that called and cared for him.

A memorial service will be held at 2:00PM Sunday, December 4, 2022, at Roger W. Davis Funeral Home in West Portsmouth, with Gerald Penix leading friends and family through the service. Friends may call at Roger W. Davis Funeral Home beginning at 1:00PM, one hour before services begin. In lieu of flowers please consider a donation to the Elizabeth Dole Foundation for military caregivers. 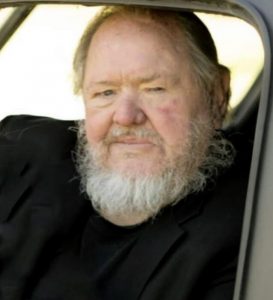