Mike Mitchell, age 63, of Lucasville, Ohio, completed his race on earth and arrived at his eternal home on Wednesday, Sept 28, 2022.

He was born on October 4, 1958 to the late Albert (Buck), and Anna May Mitchell of Lucasville.  He is survived by his bride and the love of his life of 45 years, Patricia Mitchell.

He is also survived by three brothers Al Jr. and Lynn, Dennis and Vicki, Jeff and Kim, and four sisters, Luanne and Jimmy Bryans, Tammy Mitchell, Wendy Burkitt, and Kim Helton, as well as many nieces and nephews and extended family.

Mike was a 1977 graduate of Northwest High School.  He was a dedicated employee and coach at Washington Nile Local School District for 15 years and he retired from Northwest Regional Water after 22 years of service. Mike also served as a Union Township Trustee for 8 years before his retirement.   At the time of his death Mike was serving at Mt. Hope Bible Camp doing maintenance and anything else he could to support the ministry. He was a volunteer to the Northwest soccer program, where he not only mowed grass but was the biggest fan and “Paps” to all the soccer players.

Mike was not only known by everyone for his unquestionable work ethic, but also his amazing ability to bring light and smiles everywhere he went.  All of his grandchildren were the pride of his life.  He loved spoiling them with meals of their choices, gifts and constantly reminding them how much he loved them and just how special they really were.

Mike and Pat are loved by both their church families at Hills Chapel and Victory Baptist and all those he served with at Mt. Hope Bible Camp.

Mike will be greatly missed and never forgotten.  To know Mike was to love him.

Funeral services will be conducted at 2 p.m. Tuesday, October 4, 2022 at the Victory Baptist Church in West Portsmouth with Paul Gibson and his son-in-law Jonathan King officiating. Burial will follow in Cooper Cemetery. Friends may call from noon till 2 p.m. Tuesday at the church. Arrangements are under the direction of the McKinley Funeral Home in Lucasville. 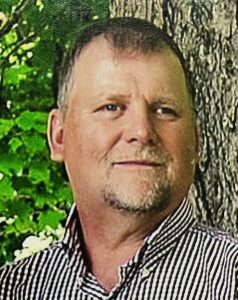