Ursula Helene von Luhrte, 89, loving wife, mother, and grandmother (Oma), passed away peacefully at her home in North Canton on December 18, 2021, surrounded by her family. Her life was marked with an amazing sense of adventure, a hard work ethic, a deep love and dedication to her family, and always a strong love of the Lord. She was proud of her German heritage but was even more proud and grateful for being an American.

Born Ursula Helene Uebel in Plauen, Germany on February 19, 1932, she was the oldest of three children. She survived the horrors of World War II Germany and emigrated at the young age of twenty to the United States, where she attended Framingham State Teachers College and earned her bachelor’s degree. She returned to Germany where she met and married John von Luhrte, a young Lieutenant in the U.S. Army, and travelled the world, living and raising her family in Australia, France, Zaire, Malaysia, and Greece. She and her family ultimately settled in North Canton, Ohio, where Ursula and John would live for the next forty years. Ursula continued to teach and found that she had a special gift for working with special needs students. She and her family were faithful members of St. Paul’s Catholic Church in North Canton, Ohio, where she taught religious education, sang in the choir, served as a Eucharistic Minister, and regularly attended daily Mass with her husband.

A Mass of Christian Burial will be 10:00 AM, Saturday, July 9, 2022 at St. Mary’s Catholic Church in Portsmouth, OH with Rev. David Glockner officiating.  Burial will follow at Greenlawn Cemetery in Portsmouth. 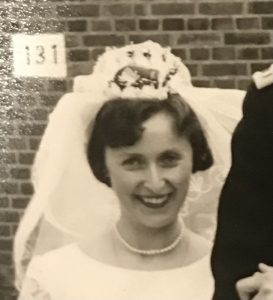