Along with her parents she was predeceased by a brother Steve “Ric Swann” Norman, 2 brothers in law: John Ward and Dwight Thomas, nephew, Bill Thomas; and nieces, Angie Arnett and Robin Moran.

Marcia was a loving and caring mother and Nana. She worked for the AutoTrain and the FBI before becoming a mother of three. She was the leader of the Daisy Troop and was Commissioner of BYAA Soccer league for several years. She liked to bowl, visit the ocean, and cheer for OSU. In her later years, she loved spending time with her grandchildren and telling them stories.

She was a fighter in every sense of the word. Always one looking for a laugh and a good time, she will be greatly missed by her family, friends, and loved ones. She leaves behind so many great memories.

Arrangements are under the direction of the Roger W. Davis Funeral Home in West Portsmouth, OH. Condolences may be sent to www.rogerwdavisfuneralhome.com. 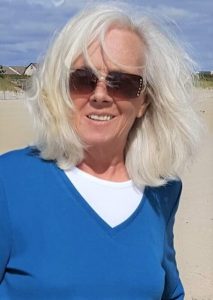