Scott Madison Buckler, 66, of Lucasville, passed away Monday, February 14, 2022, surrounded by his loving family and friends.

He was born December 7, 1955, in Portsmouth, a son of the late James Madison and LaMonde Jordan Buckler; grandson of the late Frank and Thelma Jordan and James and Elizabeth Buckler Sr.

Scott was a Chemical Operator at the Fluor-BWXT Plant for 44 years, a member of the Pleasant Valley Community of Christ, and a 1974 Northwest High School graduate.  He loved to spend time with friends and family, hunting and fishing, farming, and helping his grandson with his 4-H livestock projects.

He was also preceded by one sister, Debra Phipps.

Funeral services will be conducted at noon, Friday, February 18, 2022, at the McKinley Funeral Home in Lucasville with Daron Lilly officiating. Burial will follow in Scioto Burial Park. Friends may call 5 to 8 p.m. Thursday and an hour prior to the funeral Friday. 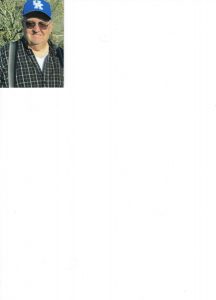