In addition to his parents, he was preceded in death by his wife, Brenda Swords, two brothers: James and Kenneth, five sisters; Penny, Shirley, Patty, Darka, and Brenda.

Bo was a forklift operator and worked at Taylor Lumber for many years.  He was a die-hard Atlanta Falcons fan, an avid sports collector, as well as a video game enthusiast.  He could talk to you for hours and make you laugh, he was never afraid to offer his opinion either.  Bo was loved and will be dearly missed by his many friends and family.

He is survived by his daughter, Amy Reed, of West Portsmouth, two grandchildren; Carla and Cevin, whom he spoiled as much as he could with his love and attention.  He is also survived by two brothers; Frank and Robert, a sister, Mary, also known as Aunt Marge, who was always willing to help him, and a special nephew, Kenneth “Scoob” Brannan for giving him more time in life.

Funeral services will be 1:00 PM, Saturday, January 15, 2022 at Melcher Hammer Funeral Home in Portsmouth with Pastor Robert Coffey officiating.  Visitation for family and friends will be from 11:00 AM till 1:00 PM on Saturday prior to the funeral.  Burial will follow at Mount Zion Cemetery in South Shore, KY. 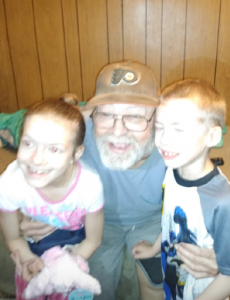