Charles Lee Carter, 88 of West Portsmouth, died Wednesday August 11, 2021 at Southern Ohio Medical Center. He was born October 11, 1932 in Portsmouth to the late Charles and Viola McCracken Carter. Along with his parents he is preceded in death by a sister, Ruby “Dee” Bradshaw, a stepson Gregory Jenkins and a niece Rhonda Novinger.

Charles was a graduate of Portsmouth West High School Class of 1950, where he played basketball, a school board member at Portsmouth West Schools for 16 years, he spent 32 years at National Life/AIG Insurance Company, and 30 years at DTB Cleaning Supplies, United States Navy Veteran of the Korean War where he was stationed on the USS Yosemite, and a member of the Dry Run Church of Christ in West Portsmouth where he was the Sunday School Superintendent, Elder, Deacon, Treasurer, a member of the Elks Country Club Tuesday Night Golf League. He is survived by his wife Karen Jenkins Carter whom he married March 27, 1987, 2 daughters; Deborah A. (Michael) House, and Karen Suzette Carter, a step-daughter, Ronna (Rex) Gillespie, grandchildren; Jeffrey, and Carly, and Kristy McClain, great-grandchildren, Matthew and Gracie, Joshua (Jeanine) Jenkins, and Dean and Levi. Several loving nieces and nephews and their children; Russell Bradshaw, Todd (Jenni) Bradshaw and Madison, Renee (Lonnie) Thompson, Ryan (Sarah) Thompson and Ruby, Drew (Kyle) Phillips, and Myles, Sophia, and Ian along with a sister-in-law Rosalena Casey.

Funeral services will be 1:00 PM Tuesday August 24, 2021 at the Roger W. Davis Funeral Home in West Portsmouth with Mark Seevers officiating. Interment will be in Scioto Burial Park with military graveside rites by the James Dickey Post 23 American Legion. Friends may call at the funeral home on Monday August 23, 2021 from 5 to 8:00 PM and one hour prior to the service on Tuesday. Condolences may be sent to www.rogerwdavisfuneralhome.com 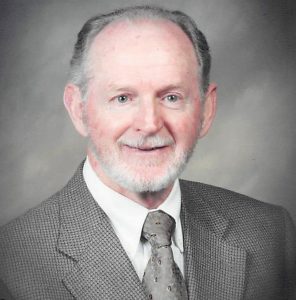