Scioto County Sheriff Marty V. Donini announces that his office received a 911 call at 4:30 am on Saturday August 22, 2020 from the Gray Wolfe Lodge pay lake located at 4765 Rarden Hazlebaker Road, Rarden Ohio. The caller stated that two males had entered the business and one male had started beating on the employee while the other one was taking items to include fishing poles and other items. Both males left the area on foot.

Scioto County Marty V. Donini stated that Deputy Brian Nolen responded to this location. Upon arrival the deputy was able to obtain a statement and view the incident on video. Detectives were notified and responded to assist with this investigation. The victim was taken to Southern Ohio Medical Center where he was treated and released.

Detectives and deputies were able to identify both male suspects and responded to several locations attempting to locate these males. Detectives were able to obtain a location of one of the suspects who was visiting his girlfriend at her apartment in the Wheelersburg area. Deputies responded to this location on Saturday August 22, 2020 and were able to detain the suspect and locate the stolen property without incident.  The other suspect called into the office and agreed to come in for an interview.

Arrested was Ty A. Howard age 23 of 2985 A Morris Lane Blue Run Road Lucasville, Ohio and Hunter Goodwin age 19 of 95 Florence Ave, Columbus, OH. Both have been charged with 1 count of aggravated robbery a felony of the 1st degree. Both Howard and Goodwin are being held in the Scioto County jail on a $100.000.00 bond and will appear in Portsmouth Municipal Court on Monday August 24, 2020. 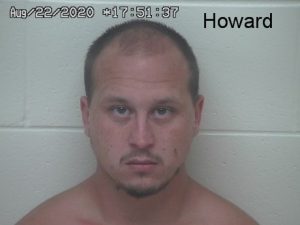 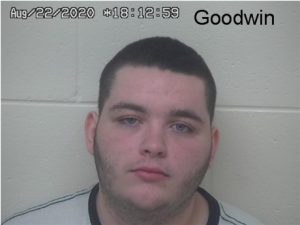