Scioto County Sheriff Marty V. Donini announces that his office received a 911 call on Wednesday August 12, 2020 at approximately 3:32 pm from 405 Straight Fork Road West Portsmouth Ohio stating that the male at this residence had been assaulted.

Sheriff Marty V. Donini stated that a deputy along with an ambulance was sent to this address. The victim was a 65-year-old male, he was taken to Southern Ohio Medical Center then transferred to Grant Trauma Center in Columbus where he currently remains being treated for multiple facial and head injuries to include fractures.

A deputy was able to talk to the victim and witnesses at the hospital before he was transported to Columbus that resulted in a report being filed that was forwarded to a detective for a further investigation.

Detective Conkel stated that with the help of Deputy John Cart the suspect was located and detained for questioning without incident at his residence located on Crull Road in Minford Ohio, Conkel also stated that Deputy Craig Ashley assisted in this investigation and helped collect evidence from the scene.

Arrested was Noah E Riggs age 38 of Crull Road Minford, Riggs has been charged with one count of felonious assault a felony of the 2nd degree. Riggs appeared at Portsmouth Municipal Court on Thursday August 13, 2020 and is currently being held in the Scioto County jail on a $ 25,000.00 bond.

Sheriff Marty V. Donini stated that this is still an ongoing investigation and that anyone with information should contact Detective Jodi Conkel at 740-351-1091. 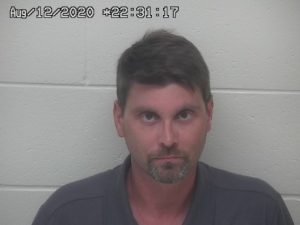