Scioto County Sheriff Marty V. Donini and Interim Portsmouth Police Chief Debby Brewer announce that the Southern Ohio Drug Task Force assisted by officers with the Portsmouth Police Department arrested 30 year old Marquies D. Moore of Dayton, Ohio on Tuesday, August 11th, 2020 at approximately 1:48p.m. in the 800 block of Gay Street Portsmouth, Ohio on a warrant for his arrest on an indictment pertaining to twenty six criminal charges ranging from Trafficking in Drugs, a felony of the 1st degree, to Possession of Criminal Tools, a felony of the 5th degree.

The indictment against Moore was issued after a case was presented to a Scioto County Grand Jury by a task force detective and the Scioto County Prosecutor’s Office.

(740) 354-5656 or email drugs@sciotocountysheriff.com. All information will be kept confidential and anonymous. 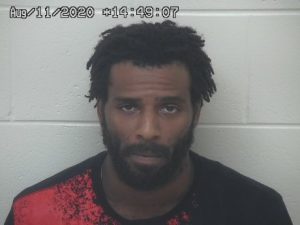