On Saturday, March 31, 2019 at approximately 9:50p.m., task force officers assisted by troopers with the Ohio State Highway Patrol stopped a vehicle occupied by 23 year old Alyssa Hinson of Scioto Trail Portsmouth, Ohio and 22 year old James Rutledge III of Dayton, Ohio in the 10000 block of US 23 Southbound in Lucasville, Ohio.  After an alert on the vehicle by OSHP canine Bruno, a subsequent search resulted in the discovery of approximately two pounds of suspected crystal methamphetamine, fourteen grams of suspected heroin / fentanyl, and $3,396 cash.  The suspected drugs had an estimated street value of $56,000.

After Hinson and Rutledge III were taken into custody, officers executed a search warrant at Hinson’s residence located at 2601 Scioto Trail and with the assistance of Portsmouth Police Dept. canine Dark, seized eight small plastic bags containing a powder that has not yet been identified along with digital scales and thirteen Oxycodone pills.

Hinson and Rutledge III were charged with Trafficking and Possession of Drugs, both felonies of the first degree, and placed in the Scioto County Jail.  Rutledge III also had an outstanding warrant for his arrest for violating probation stemming from a felony drug conviction in Butler County, Ohio.

Hinson and Rutledge III were to be arraigned in Portsmouth Municipal Court on Monday, April 1, 2019 at 9:00a.m.

The case against Hinson and Rutledge III will eventually be forwarded to the Scioto County Prosecutor’s Office to be presented to a Scioto County Grand Jury for the consideration of additional felony drug charges.

Sheriff Donini and Chief Ware request anyone wishing to leave drug information for the Southern Ohio Drug Task Force, should phone the Task Force tip line at
(740) 354-5656 or email drugs@sciotocountysheriff.com.  All information will be kept confidential and anonymous. 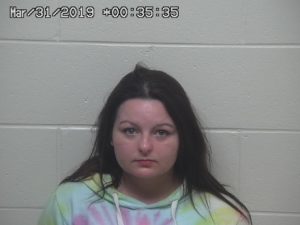 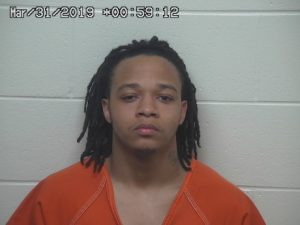 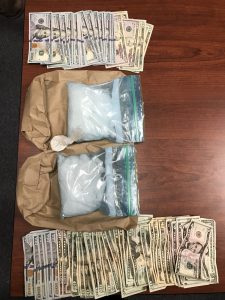