Age 86, of Portsmouth, passed away Wednesday, March 20, 2019, at SOMC Hospice Center.  He was born May 9, 1932 to Charles and Bertha (Blanton) Fankell.  He graduated from East High School and VoTech. After graduation, he enlisted with the United States Air Force and was a jet engine instructor at Chanute Air Force Base in Illinois.  After leaving the Air Force he worked the N&W Railroad until he was laid off.  And then, along with lifelong friend and business partner, Richard “Jock” Foster, owned and operated “Foster and Fankell Service Center” for 58 ½ years. He retired in October of 2016 after becoming ill.  He was a member of Berean Baptist Church in Sciotoville and had a heart for unsaved people.  He served the church as a bus driver, usher, and was involved in different ministries at the church including witnessing to people incarcerated.  He loved the Lord and gave his heart and life to the Lord in March of 1973.

Funeral Services will be held 10:00 a.m. Saturday, March 23, 2019 at Berean Baptist Church in Sciotoville. Interment will follow at Memorial Burial Park in Wheelersburg with graveside military rites by the James Dickey Post 23 of the American Legion.  Friends may call Friday from 5:00 until 8:00 p.m. at D.W. SWICK – NELSON FUNERAL HOME in WHEELERSBURG and one hour prior to the services Saturday at the church.  Fond memories and expressions of condolences may be left at www.DWSwickNelsonFuneralHome.com. 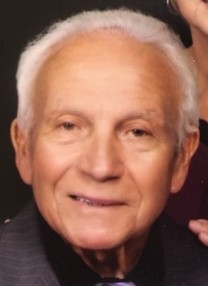