WHEELERSBURG MAN ARRESTED FOR SOLICITAION OF A CHILD.

Scioto County Sheriff Marty V. Donini announces that his office received a call on Wednesday February 27, 2019 at 5:24 pm from a Wheelersburg residence stating that a 12 year old boy had been solicited by an adult male. A deputy was sent to this location that resulted in a report being filed and a detective being called out for a further investigation.

Captain John W. Murphy stated during this investigation it was determined that the 12 year old boy was home when a man knocked on the door, once the boy opened the door the male subject asked him several questions to include was he home alone. During this investigation the detective learned that the man had asked the child how big his private area was, if he could see his private area telling the juvenile that he would take care of him and not to tell. The victim stated that the man offered him $ 75.00 if he would let him see his private and let him take care of him. The victim stated that the male left and instructed the boy to come to his house in 30 minutes later. The victim was scared and called his grandmother and uncle to respond to this location, upon the deputy’s arrival the victim appeared to very scared and upset.

Captain John W. Murphy stated that the suspect was detained at his residence located on Pinehurst Avenue, Wheelersburg without incident. He was taken to the Scioto County Sheriff’s Office for further questioning which resulted in him being charged.

Arrested was Ralph E. Bell age 44 of Wheelersburg, Bell has been charged with 1 count of Soliciting a child a felony of the 3rddegree and criminal child enticement a misdemeanor of the 1stdegree. Bell was being held on an $11,000 bond which he posted and appeared in Portsmouth Municipal Court on Thursday February 28, 2019.

Captain John W. Murphy stated that this is still an ongoing investigation and he encourages parents to talk to their children in a joint effort to keep all children in our community safe. Anyone with information regarding this case should contact Detective Jodi Conkel @ 740-351-1091 all call will remain confidential. 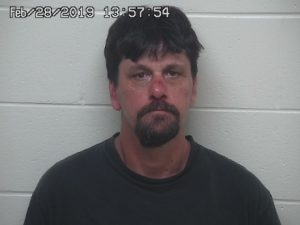