Scioto County Sheriff Marty V. Donini announces an update to the news release sent out yesterday involving several breaking & entering’s and theft at numerous sub stations and other business throughout the county.

Captain John W. Murphy stated that detectives have been working countless hours on these thefts after receiving tips from the community they were able to identify possible suspects on Friday February 22, 2019 which resulted in some of the property being recovered along with the suspect vehicle used in these crimes. Detectives attempted to locate the suspect at his residence located at 169 Millers Ridge Road Portsmouth Ohio but was unable to get anyone to answer the door.

On Saturday February 23, 2019 deputies were dispatched to the suspect’s residence at approximately 7 am where they knocked on the door and got no answer but were able to hear people inside. While Detective Conkel was typing a search warrant to enter the residence, one of the suspects decided to open the back door. While searching inside the trailer the female suspect was found hiding inside of the shower, both were detained without incident and taken to the Scioto County Sheriff’s Office for further investigation that resulted in both of them being arrested.

Captain John W. Murphy stated that the quick arrest and recovery of property was the result of the deputies, detectives and the public who called in with information on these cases. Murphy stated that Deputy James Staten, Deputy Josh Lewis, Deputy Shawn Brammer and Deputy Luke Jenkins played an essential role in the arrest of these suspects.

Arrested was Ryan B Haven age 37 of 169 Millers Ridge Portsmouth Ohio, Havens has been charged with 9 counts of breaking & entering a felony of the 5th degree and is currently being held on a $135,00.00 bond. Also arrested was Amber R Beckwith age 35 of 169 Millers Ridge Road Portsmouth, Ohio Beckwith has been served three warrants two for failure to appear on original charges of aggravated possession of drugs and possession of drug abuse instruments along with an Indictment warrant out of Common Pleas Court for failure to appear along with a probation holder; Beckwith is being held without bond.

Captain John W. Murphy stated that during this investigation the detective was also able to confirm that Ryan Havens is the person who broke into the substation in Kentucky that caused the power outage; this information had been forwarded to the Greenup County Sheriff’s Office.

Sheriff Donini stated that this is still an ongoing investigation that will result in more charges being presented to the grand jury on a later date. Anyone with information should contact Detective Jodi Conkel at 740-351-1091 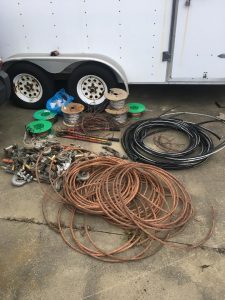 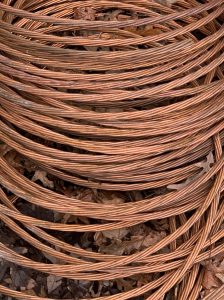 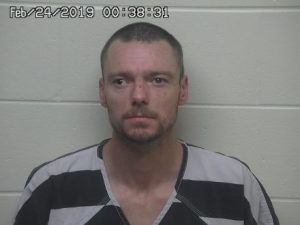 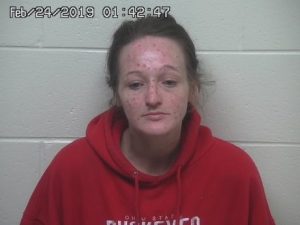 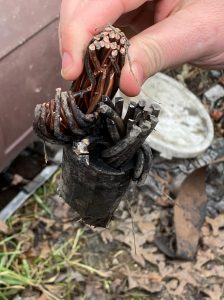