On Feb. 9, 2019 at approximately 2115 hours, Officers from the Portsmouth Police Department were called to 2431 Scioto Trail in Portsmouth in reference to a male victim that had been shot in the head.  Upon officers arrival, they encountered the male victim who had an obvious gunshot wound to the left side of his head.  The victim was treated and transported by Portsmouth Fire Department to Southern Ohio Medical Center.  The victim was treated at Southern Ohio Medical Center and was later released.

Investigators from the Portsmouth Police Department Detective Bureau responded to the scene and are investigating the incident. Investigators have identified a person of interest in this case.  The person of interest in this investigation is 24 year old, white male, Michael A. Mosley of West Portsmouth, Ohio.  Mr. Mosley is to be considered armed and dangerous.  The police department encourages anyone who knows the whereabouts of Mr. Mosley to contact their local law enforcement agency or contact the Portsmouth Police Department at 740-353-4101.

Update:On 2/11/2019, at approximately 10:44 hours, Michael A. Mosley, along with his attorney, voluntarily turned himself into the Portsmouth Police Department.  Mr. Mosley was charged with Felonious Assault (ORC 2903.11a1), a Felony of the second degree. Mr. Mosley was processed and lodged in the Scioto County Jail. 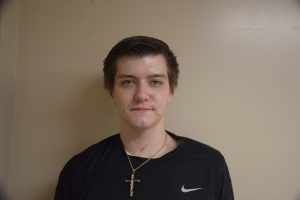