Today, September 24th at 14:20hrs, NBPD responded to a serious single vehicle crash within the 3900 block of Rhodes Ave (U.S.52 East). On arrival to the scene, NBPD Officers found that a silver 2002 Chevrolet Van had lost control and slammed into a wood utility pole. Witnesses to the crash, advised NBPD Officers that the driver of the silver van was traveling in the North lane on Rhodes and the driver was traveling very fast for several blocks and then in the 3900 block of Rhodes, the driver attempted to change lanes quickly and lost control and struck a street sign along the curb and then started to spun around and then struck the utility pole.

Speed is definitely a factor in this crash. NBPD will subpoena her medical records at a later date to determine if alcohol or drugs would be a factor in the crash too. Once the crash investigation is completed then determination for traffic charges will be made. 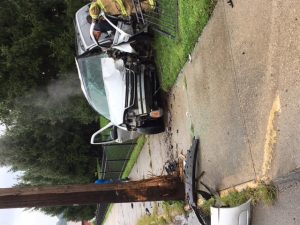 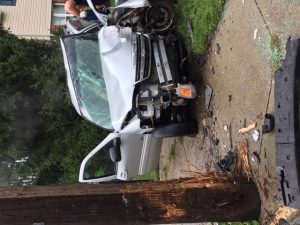 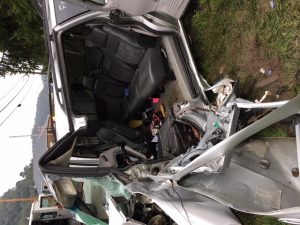