Robert David Kaylor, 74 of Stout, died Friday, December 16, 2022 at Riverside Hospital in Columbus. He was born November 15, 1948 in Portsmouth to the late Richard C. and Janet M. Bentley Kaylor.

Bob was a United States Army veteran of the Vietnam War. He retired after 36 years at Verizon. He was a member of American Legion Post 471 and Rome Masonic Lodge. In his younger days he loved to play softball. Bob loved to garden and share all of his crops with his neighbors. He also liked riding his Harley, but he really loved his grandsons, they were his pride and joy.

Bob is survived by his wife Connie Sue Pollard Kaylor, whom he married on August 22, 1975, 2 daughters: Brandi Kaylor and Missy (Joe) Roy, a brother Richard C. Kaylor Jr. and his 2 grandsons: Bryson Roy and Lathan Roy.

Funeral and Masonic services will be 1:00 PM Wednesday, December 21, 2022 at the Roger W. Davis Funeral Home in West Portsmouth with Greg Cooper officiating and Masonic services by Rome Masonic Lodge. Interment will be in McKendree Cemetery with military graveside rites by the James Dickey Post 23 American Legion. Friends may call at the funeral home on Wednesday starting at 11:00 AM. Condolences may be sent to www.rogerwdavisfuneralhome.com. 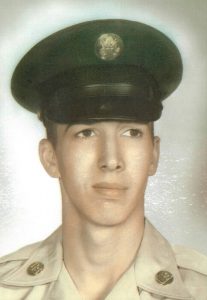