Mary Adkins, 85, of Wheelersburg, passed away Friday December 16, 2022 at Best Care in Wheelersburg. She was born March 10, 1937 in Portsmouth, a daughter of the late Jay Carl and Bessie (Greene) Moore. She was a retired Deli Clerk having worked at both Krogers in Wheelersburg and Portsmouth. She was a 1955 graduate of Wheelersburg High School; she loved reading, working puzzles and most of all spending time with her family, especially her grandchildren.
Mary is survived by her husband, Jerry J. Adkins whom she married in 1957; two sons, Kerry Adkins and wife Penny of Columbus and Scott Adkins of Denver, CO; a daughter, Teri Kielmar and husband David of Wheelersburg; three brothers, Otis Moore and Milton “Dick” Moore both of Wheelersburg and Ronnie Moore of London, OH; two sisters, Wellma Pherson of Wheelersburg and Irene Lewis of Westerville; 7 grandchildren, Andy Kielmar, Shannon Grice, Allison Ahern, Jamie Adkins, Ian Adkins, Seth Adkins and Delaney Adkins; 5 great-grandchildren, Piper, Shylar, River, Finn, Jackson and a very special friend and caregiver, Rita Pitts.
She was also preceded in death by 3 brothers, William (Glen) Moore, Jack Moore and Michael Moore; 3 sisters, Betty Fraley, JoAnn Schisler and Patricia Snook.
The family would like to give a special thanks to Best Care Rehab Center and Promedica Hospice for their wonderful care.
Funeral Services will be 1:00 PM Wednesday December 21, 2022 at D.W. SWICK FUNERAL HOME in New Boston with George Grice officiating. Interment will follow at Memorial Burial Park. Visitation will be 11 AM to 1 PM Wednesday at the funeral home.
Online condolences may be sent to DWSwickFuneralHome.com 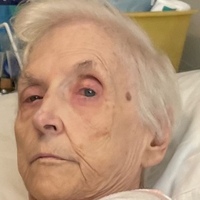