Thomas Harold Ailshire, 19 of Aberdeen, died Sunday December 11, 2022, at his home. He was born June 27, 2003, in Georgetown, Ohio, to Elizabeth Jean (Charles) Blevins who raised him and Arnold Ailshire. He is preceded in death by his grandparents, James and Majorie Blevins, Paul and Barbara Ailshire, and his uncle Ryan Ailshire.

Along with his parents Thomas is survived by his stepfather who was more like a father to him Charles Lee Blevins, his brothers, Dakota, Charles Jr, and Josh Blevins; his sisters Gracieanna, and Crystal Blevins, and Savanna Blevins Avalos, his grandparents David and Anita Horsley, his aunt Retha Polley, along with other aunts and uncles, many cousins, several nieces and nephews, and a great nephew.

Funeral services will be 1:00PM Monday December 19, 2022, at the Roger W Davis Funeral Home in West Portsmouth with Owen Applegate officiating and interment in Sandy Springs Cemetery. Friends may call at the funeral home on Monday starting at 11AM. Condolences may be sent to www.rogerwdavisfuneralhome.com 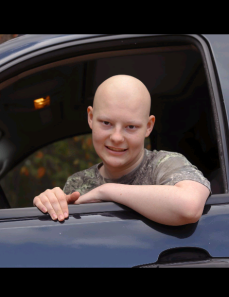