Hilda C. Drake, 82, of McDermott, passed away Saturday, December 10, 2022, at Hill View in Portsmouth. She was born December 24, 1939, in Gallia County to the late Ruby Irene (Salisbury) Dinsmore and Emil Granville Corbin.

A 1958 graduate of Gallia Academy High School, Hilda began teaching school in Licking County on a Cadet Certificate after two years at Rio Grande College. She completed a Bachelor of Education degree from Rio Grande in 1963. In 1973, Hilda began working with the Portsmouth City Schools as a teacher at the former Roosevelt Elementary and she then moved to the former McKinley Middle School. During this time, she earned a Masters of Education degree from Ohio University and she went on to serve as principal at the former Highland and Lincoln Elementary Schools. She assisted the superintendent and served as an activities coordinator her final year with PCS. Following retirement, Hilda became very involved in community service and helped organized Main Streets Portsmouth and in 2014, received the Ellen Vetter Memorial Service award. She also served as director of the Portsmouth Area Arts Council and played clarinet with the Portsmouth Wind Symphony for several years.

Cornerstone United Methodist Church (and Trinity before that) was a large part of Hilda’s life. A longtime member, she sang in the Chancel Choir, played in the Adult Bell Choir, taught in the Youth Bell Choir and volunteered with the Dorothy Knost Music Workshop. Hilda and her family spent many wonderful days boating with friends on the Ohio River and she was a talented water skier. She was also an avid bridge and tennis player and she enjoyed practicing yoga at the Life Center in Portsmouth.

Hilda was also preceded in death by a sister, Betty Jean Statler.

The family will receive friends at the church from 11 A.M. until the funeral hour. Arrangements are under the direction of the Ralph F. Scott Funeral Home in Portsmouth.

In lieu of flowers, please make a contribution to the charity of your choice in honor of Hilda. 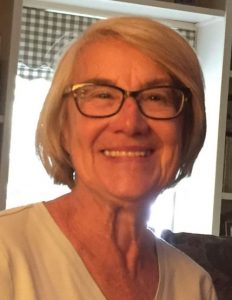