Steven Edward Adams, age 65, of Alexandria, Kentucky passed away on Wednesday, November 30, 2022. He was born in Norfolk, Virginia on March 24, 1957 to the late Frank E. and Minnie Jane Adams (nee Cole). Steve is proceeded in death by his parents and an infant sister, Mariann Adams. Steve is survived by his beloved sisters, Susan Meyer, Sandra Wellbrock and Peggy (Earl) Stephens; numerous nieces and nephews; his loyal companion and fur-baby, Gus; and a host of other family members and friends. Steve was known for his story-telling ability, musical talent, had a beautiful singing voice and loved hanging around with his buddies in the neighborhood for impromptu jam sessions. He was also an Air Force veteran serving four years in the late 1970’s. In loving memory of Steve, contributions may be made to Newcomer Funeral Home to help offset funeral costs. A visitation will be held Thursday, December 8, 2022 from 12:00 pm – 2:00 pm with a service to follow at Newcomer Cremations, Funerals & Receptions – Northern Kentucky Chapel, 4350 Dixie Highway, Erlanger, Kentucky 41018. Guestbook at NewcomerCincinnati.com. 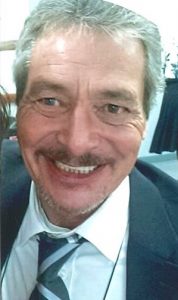