Ranie Justice, 92, of Sciotoville passed away peacefully on Friday December 2, 2022. She was born January 13, 1930 in Portsmouth, a daughter of the late John and Dovie (Gillium) Sparks.
She was the oldest member of Union Freewill Baptist Church where she held many different offices thru out the years. She was a 1948 graduate of Minford High School, was retired from the former Marting’s Department Store, worked at the former Ray Bobs, Rockwell Florist and worked the poles during many elections. Her most favorite thing that she enjoyed was gardening.
Ranie is survived by a son, Wes Bussey and wife Marsha of Portsmouth; a daughter, Leita Gay Cook and husband Charlie of Grove City; a stepson, Steve Justice and wife Cindy of Minford; a sister, Jonnie Smith of Wheelersburg, 9 grandchildren, 8 great-grandchildren and 1 great-great grandchild.
She was also preceded in death by her husbands, Jim Bussey and Charles Justice; brothers, Orville Sparks and Ric Sparks; sisters, Francis Wooten, Ruby Ball, Gertrude Kazee and Mavis Crabtree.
Funeral Services will be 12 Noon Wednesday December 7, 2022 at D.W. SWICK FUNERAL HOME (Wolfe-Nelson Chapel) in Sciotoville with Pastor Chris Oiler officiating. Interment will follow at Memorial Burial Park. Visitation will be 11 AM to 12 Noon Wednesday at the funeral home.
Online condolences may be sent to DWSwickFuneralHome.com. 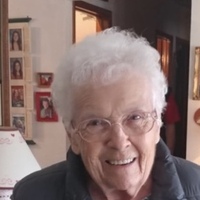