Janet Nesler, 94, died Friday, December 2, 2022 in the SOMC Hospice Center.  Born on September 16, 1928 in Sciotoville, she was a daughter of the late Charles and Jewel Carpenter Neff.

Also preceding her in death in 2002 was her husband, Charles Nesler, whom she married in 1956; a brother, Eugene Neff; a sister, Imogene Hensley and a beloved grandson, Jimmy Gambill.

Janet was a former member of Sciotoville Christian Church and Wheelersburg First Church of Christ.  A graduate of East High School, she held degrees from Shawnee State University and Portsmouth Interstate Business College.  She had a beautiful voice and sang in various church choirs and productions of the Southern Ohio Light Opera.  Janet won numerous awards for her photography, poetry and writing, and authored three books of poetry: A HANDFUL OF LIFE (2018), SOMEONE OUGHT TO SAY SOMETHING (2018) and WAITING (2020).  She was editor for over 20 years of poetry columns in both the Portsmouth Daily Times and the Scioto Voice newspapers, and worked with the Ohio Arts Council to teach poetry in several school districts in Ohio.  Janet was a founding member of Shawnee State’s original poetry group, “Poetry Circle”, which later became “The Phoenix Writers”.

She worked as a freelance writer/photographer for many publications, and was a wedding photographer for years in Portsmouth and the surrounding area.  Janet was a Kentucky Colonel and according to Ancestry.com, was a distant descendant of Pocahontas.  She loves photography and poetry, but most importantly of all, she loved her Lord, her family and her wonderful canine companions.

A Celebration of Janet’s Life will be held at 11:00 a.m. on Thursday, December 8th, at the BRANT FUNERAL HOME IN SCIOTOVILLE with Jeff Lybarger officiating.  Interment will be in Sunset Memorial Gardens. 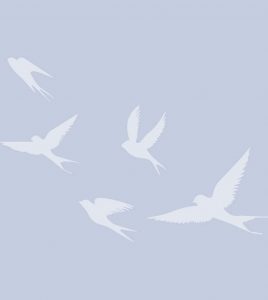