David was a retired janitor from Northwest Local Schools and a member of McCullough Baptist Church where he faithfully taught Sunday School to numerous children.  He enjoyed his family especially spending time with his grandchildren, Breanna, Bryse and Tyler.

Funeral services will be held on Thursday, December 8, 2022 at 12:00 p.m. at McCullough Baptist Church in Lucasville with Pastor Bob Davis officiating.  The family will receive friends on Wednesday, December 7, 2022 from 5:00 p.m. – 7:00 p.m. at Botkin Hornback Funeral Home in Otway. 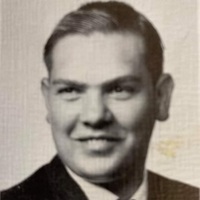