William Roger “Bill” Thacker Jr. of Mason passed away in Caldwell, Ohio at the age of 52. He was born August 2, 1970 in Portsmouth, a son of William R. Thacker Sr., who survives, and the late Diana Lee Vinson Michael.

Bill graduated from Wheelersburg High School in 1988. He went on to receive a Bachelor of Science degree in Computer Science and a Master’s Degree in Statistics, both from Ohio University. A self-employed Information Technology Consultant, he had formerly worked for Microsoft for more than 10 years. Bill was of the Episcopal faith, having formerly attended All Saints Episcopal Church in Portsmouth.

A private memorial service will be held with inurnment in St. Thomas Columbarium at All Saints Episcopal Church under the direction of the Ralph F. Scott Funeral Home in Portsmouth. 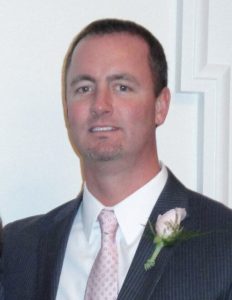