Timmy Wayne Moore, 53 of West Union, died Tuesday, November 22, 2022 at Hospice of Hope Care Center in Maysville, Kentucky. He was born June 15, 1969 in Portsmouth to the late Roby and Loretta Cooper Moore.

Along with his parents he was preceded in death by 3 brothers: Clarence, Roger and Larry Moore, and 2 sisters: Connie Cline and Betty Abbott.

He was a diesel mechanic for many years.

Private services will be held at the convenience of the family. Arrangements are under the direction of the Roger W. Davis Funeral Home in West Portsmouth. Condolences may be sent to www.rogerwdavisfuneralhome.com. 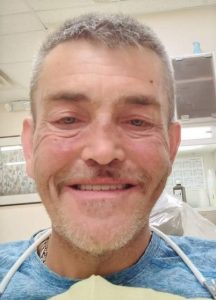