Jeffrey Allen Hamilton, 61, of Wheelersburg passed away Wednesday, November 23, 2022 at his home.  He was born on October 18, 1961 to the late Robert and Shirley (Hayslip) Hamilton.  Jeff was a 1979 graduate of Minford High School.  He loved the outdoors, hunting, fishing and camping, but most of all he loved spending time with his grandchildren.  Jeff retired as a lieutenant from Southern Ohio Correctional Facility in Lucasville.

Funeral services will be held at 12:00 p.m. (NOON) on Monday, November 28, 2022 at D.W. SWICK FUNERAL HOME in New Boston with Pastor Robert Coffey III officiating.  Interment will follow at Memorial Burial Park in Wheelersburg.  Friends may call at the funeral home on Monday from 11:00 a.m. until 12:00 p.m. (NOON).  Online condolences may be left at DWSwickFuneralHome.com. 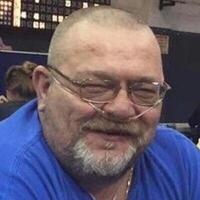