Charles Lee Lang, 90, of Portsmouth, Ohio, passed away November 20th at home.  Charles was born March 26, 1932, in Portsmouth, Ohio.  He was a son of the late Charles P. and Esther Lang.  He was married for 69 years to the love of his life, Mary Ann Banchy. He worked at the Atomic Energy Plant in Piketon, Ohio, during its construction and was a veteran of the US Army serving during the Korean conflict.  Charles retired from the Detroit Steel Plant in New Boston, Ohio, until its closure. He was a 1950 graduate of Portsmouth High School and long-time member of Holy Redeemer Parish.  Charles’ greatest love was his family.  He was an enthusiastic gardener and wine maker in addition to his superior skills as a jack-of-all-trades.

Visitation will take place on Sunday, November 27th from 5PM until 7PM at Melcher Hammer Funeral Home. Recitation of the Rosary will begin Sunday at 7:00 PM.

A Mass of Christian burial will be 11:00 AM Monday, November 28, 2022, at Holy Redeemer Catholic Church with Rev. Brian Beal officiating. Burial will follow at Greenlawn Cemetery in Portsmouth with Graveside Military Rites performed by the American Legion, James Dickey Post #23. 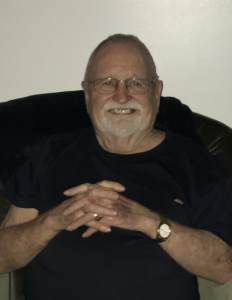