Loren Wamsley, 88, of Frazier’s Bottom, West Virginia, originally from Otway, Ohio passed away Saturday, November 12, 2022.  He was born December 25, 1933 in Cherry Creek, Ohio to the late Oakley Wamsley and Ruth Teagarden Wamsley.  On January 16, 1954 he was united in marriage to Anita Wamsley who preceded him in death on February 3, 2004.  Left to cherish him are his children, Darryl and Rene Wamsley of Chillicothe, Ohio, Pam Rister of McDermott, Ohio, Sheila and Charlie Weeter of Lucasville, Ohio and Sharon and Perry Hammond of Frazier’s Bottom; 11 grandchildren; 16 great-grandchildren; a great-great-grandchild; and many nieces, nephews and cousins.  In addition to his parents and wife he was preceded in death by a son, Loren L. Wamsley II; a daughter, Lisa; three brothers and three sisters-in-law.

Funeral services will be held at 1:00 pm Wednesday, November 16, 2022 at Botkin Hornback Funeral Home in Otway with Pete Nichols officiating.  Burial will follow in Moore’s Chapel Cemetery.  The family will receive friends from 11:00 am until the time of the service at the funeral home. 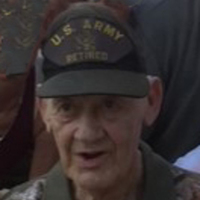