Bob Jennings Bayes, Age 87 – dedicated husband, father of one, grandfather of two, and friend of many passed away November 10th, 2022 with is family by his side, at his home in South Webster, Ohio.

Bob was born to the late Carl & Magdalena Bayes.  Bob served 4 years in the U.S. Navy from 1953-1957. After coming home from service, Bob met and married the love of his life, Emma Ruth Bayes. They spent 61 years together and welcomed one daughter together Shelia (Bayes) Conley.

Though the years, Bob enjoyed his family, farming and making friends were ever he went. Bob was no stranger to no one and found great purpose in sharing farming successes and challenges to those around him.  Bob was there wholeheartedly and authentically for those in his life. Bob loved his Family, Friends and Farming. After retiring from the dairy business, he pursued beef cattle in 1997. At the farm was where he could be found tending and enjoying life with family and friends.

Bob was proceeded in death by his loving wife, Emma Ruth Bayes, his mother and father- Carl and Magdalena Bayes, one brother- Mike Bayes, and two sisters- Rachel Smith and Jean Smith.

The Family would like to extend their gratitude to SOMC Hospice for the care and support they showed not only to Bob but to the family.

Funeral services will be conducted at Noon Thursday November 17, 2022 at Erwin-Dodson-Allen Funeral Home in Minford. Burial will be in South Webster Cemetery. Friends may call at the funeral home from 5:00 to 8:00 p.m. Wednesday and one hour prior to the service on Thursday. Military graveside rites will be conducted by James Irwin Post No. 622 American Legion and William A. Baker Post No. 363. Online condolences can be sent to www.edafh.com. 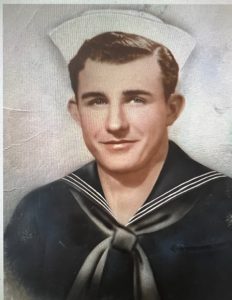