A 1958 graduate of Portsmouth High School, John graduated from the X-Ray Technology program of Cincinnati General Hospital. He worked briefly for the former Empire-Detroit Steel Corp. and had served in the Army National Guard. He worked for many years at Southern Ohio Medical Center as the Director of Medical Imaging and enjoyed his last few years there as the Contracts Manager of Material Management.

John was a member of Cornerstone United Methodist Church and the James Dickey Post #23 American Legion. He was an avid golfer and OSU fan, along with being an outdoorsman, enjoying both hunting and fishing.

Funeral services will be held at 1 P.M. Monday at the Ralph F. Scott Funeral Home in Portsmouth with Rev. John Gowdy officiating. The family will receive friends at the funeral home Monday from 11 A.M. until service hour. 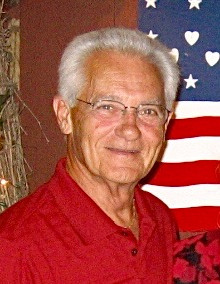