Daniel is a 1995 graduate of Piketon High School and proudly served his country in the United States Air Force.

A memorial service will be held at 12:00 pm Saturday, November 5, 2022 at Botkin Hornback Funeral Home in Waverly with Keith Richardson officiating.  The family will receive friends from 10:00 am until the time of the service at the funeral home. 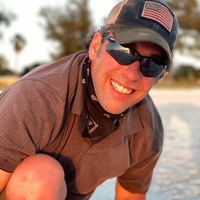